The Culture Regeneration Research Society (CRRS) was founded in 1994 as a non-profit, non-political, non-denominational, academic organization.

CRRS VISION is to influence the emergence of a new Chinese consciousness – firmly rooted in China’s proud heritage and open to limitless possibilities offered by a world rich in diversity of culture, knowledge, thought and creativity. This integrated enlightenment will become a rich spiritual resource for the world.

CRRS’s MISSION is to seed China’s future generation with visions of its own potential and to give it the fundamental tools to enable every child to live out his/her aspirations.

CRRS will achieve its mission through four strategic directions:

CRRS’ mission and strategic directions are realized through six main ministries which have as their goals:-

The governments of Canada, USA and Hong Kong accord CRRS status as a non-profit charitable organization.

Charitable Foundations in Canada, United States, Hong Kong, Australia, as well as countries in South East Asia, have lent their financial support to CRRS. In addition, private individuals and commercial entities all over the world have supported CRRS through donations.

CRRS, in 2005, partnered with Lanzhou University in the establishment of the Research Centre for Christianity Studies. The Centre is on campus – its mission is to promote Christianity and its culture in China through academic research. In addition to funding the Christianity – related research projects, CRRS networks overseas mentors with mainland academics/researchers. 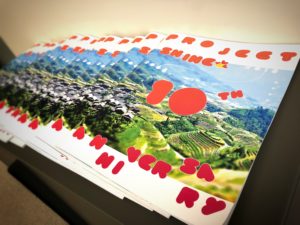